The State
By Chris Trainor

Public health researcher Aditi Bussells jumped out to an early fundraising lead in what will be a crowded race for an at-large seat on Columbia City Council.

Bussells hauled in $31,318 in campaign donations in the first quarter, according to records from the state Ethics Commission.

There are currently four candidates in the race for the citywide seat on Council: Bussells, attorney Tyler Bailey, businesswoman Heather Bauer and environmental lobbyist Deitra Stover Matthews. They are vying for the seat that has been held by Councilwoman Tameika Isaac Devine for nearly 20 years. Devine is running for mayor this year.

While he had hinted at a campaign for some time, Bailey only formally announced his run on April 5. His initial campaign cash report showed $13,987 raised during the first week of April.

Meanwhile, state records indicate Matthews raised $8,685 in the first quarter, though she only announced her campaign on March 19.

City elections will be on Nov. 2, and filing is expected to open in August.

Bussells’ roster of early contributors reflects a broad swath of citizens both in Columbia and out of state. Midlands hotelier Raj Champaneri, restaurateur Jon Sears and popular Main Street restaurant Bourbon are among her listed donors.

“I’m so humbled by the massive support our campaign has received since announcing for City Council at-large in February,” Bussells told The State. “We are just getting started and this exciting start to the campaign is affirmation that Columbia is ready for new ideas and inclusive leadership that will help our community grow and prosper.” 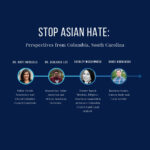